This site uses cookies. By continuing to browse the site you are agreeing to our use of cookies. Learn more

Restructuring: Our Experience of Changing the Company 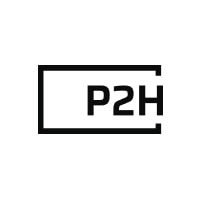 Have you ever been in a situation when you were observing a very dynamic process, but saw that its efficiency was close to zero? Like the gears of a clock in full spin but the hands doing nothing.

6 years ago, our company found itself in a similar situation, when we realized that changes were inevitable. After conducting a thorough review of the company’s processes at all levels, we came to the conclusion that we had to go the way of restructuring. That was a long and arduous path littered with tough decisions that ultimately led us to a flat organizational structure.

In this post, we’d like to share with you our restructuring experience and tell you about the changes that our company has undergone over the past 6 years.

Restructuring, as we saw it, implied a considerable revision of all the company’s processes at every level. Doing work of such magnitude by engaging the top management alone was almost impossible. We needed a change team, so we immediately got down to forming one.

The change team was mainly comprised of the company’s employees who realized the importance of introducing new processes and were ready to assist in building them. The mission was to change all the structures in which the team members had worked before and found comfortable and stable. That kind of transition caused a certain amount of anxiety among the team.

To alleviate it, the initiators of the changes gave the team safety guarantees. For example, every member got a chance to implement all his/her ideas without having to worry about a salary cut or demotion after the restructuring process was over.

The team members were also able to exchange information with each other without any restrictions. Each was well aware of the initial conditions and knew what final result they had to achieve. The company’s founders, mid-level, and top-level managers maintained a continuous dialogue among themselves, openly voicing their considerations and critiques.

The safety guarantees and ability to share information freely helped us create an atmosphere that encouraged everyone who wished it to make their own contribution to the formation of a new company.

The Goal of Restructuring

Having initiated the changes within the company, we knew for sure what we wanted to move away from. However, we also had to answer a difficult question: “What do we want to accomplish in the end?” The ultimate success of the entire restructuring process depended on how obvious and important was the goal for every change team member.

We saw that the Internet technology world was growing increasingly complex. We couldn’t understand, for instance, why the pre-implementation stages took so long to finish that by the time they were finally over, someone else could have already put into practice the idea suggested by a client. The irony of this clearly illustrates what we had in mind: we were intent on making processes, services, and interaction between employees and clients much simpler.

We took it as a challenge. We wanted to create a company where everyone was able to open up something new in themselves and bring this new quality over to common processes.

Transparency, no red tape, availability of tools for implementing initiatives, freedom to organize your own working process and make your own decisions, all this was the result of our moving toward one goal — simplicity.

Why Did We Choose a Flat Organizational Structure?

We began restructuring clearly understanding that the company’s processes were obsolete and had to be rebuilt virtually from the ground up. However, if we were to move away from the old processes, then what new processes were we supposed to move toward?

One option was to introduce a system of indicators such as the Balanced Scorecard. As practice has shown, though, this approach entails serious risks.

In every company with a multi-level managerial structure, a conflict between a supervisor and executor is present to a larger or lesser degree. A supervisor views a process as an abstraction. He or she may not know about its specifics. On the other hand, employees at the ground level are well aware of short-term goals. However, they don’t always know how those goals are related to the entire process.

Thus, a company never has a person or group of people who possesses enough information to build a really well-balanced system of indicators.

Furthermore, as soon as numeric performance assessment indicators are introduced, people prioritize those numbers over their tasks. This leads to the disintegration of a company. Instead of functioning as a single entity, it falls apart into a bunch of self-contained departments shoving complicated projects under each other’s doors.

In addition, the web development world evolves so rapidly that it becomes almost impossible for a manager or group of managers to follow all the emerging trends and come up with corresponding plans and tasks.

That spurred us to choose the process management approach. When a company starts functioning as a set of interconnected processes, the way to create value becomes obvious and understandable to everyone. The emphasis is shifted from working for the sake of performance indicators to working for clients’ needs.

We realized that we had to address two key issues if we wanted to implement the new approach:

A flat organizational structure and the Lean and Kaizen principles gave us all the required tools to solve those two problems. We replaced direct control with self-organizing teams, who were given free rein in managing their own resources. We also built flexible processes that allowed us to react to ever-changing marketing requests without delay. That enabled us to turn away from hunting for numbers towards creating value.

How Were the Company’s Values Formed?

To enable a company of over 470 professionals to work efficiently and move toward common goals as a single mechanism, we had to come up with fundamental, clear-for-all interaction principles. This task gave start to a wide-ranging discussion about the future of the company after the restructuring process was completed.

We had to agree on a number of issues, starting from the relationship between business goals and new processes and ending with the way to provide comfortable conditions for every employee. To develop a common view on all those points, we needed a language that every change team member could understand.

The company’s values formed the basis of this language. They played the role of a universal code. As practice has shown, if people agree with each of its elements, they know what decisions they should make. Until a code like this has been developed, there’s no certainty that everyone is speaking the same language within a common context. Without that, it’s impossible to understand what the company’s future will be and what’s being done for the company’s development.

As an outcome of lengthy discussions, the change team worked out a list of values that all of its members approved of:

Being clear to everyone, those values helped us build new duty delegation mechanisms wherein control was replaced with mutual agreement. That made the change team’s work much more efficient.

Lessons We Have Learnt from Restructuring

Changes are always a challenge. It’s especially true when we’re talking about a company as large as P2H. When we initiated the restructuring process, we were well aware of the risks it would involve. However, we also had a clear understanding of what we wanted to achieve in the end. Restructuring taught us to adjust to changing requirements and conditions. It showed us the power of flexible approaches and taught us how to provide unique interactive experiences to each of our clients. Above all, we learned to apply innovative methods to the company’s processes without fear.